Fear is ruining your business Part 1 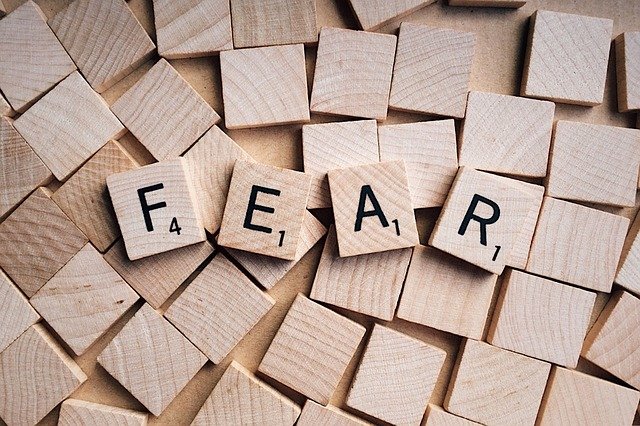 Let’s talk about fear. One of the things that scares me a little bit is the fear of where you’re currently at. I was doing a live broadcast for a Western New York Real Estate Investors Associations meeting. One thing that a lot of people raised their hands for when I asked was “How many of you guys are afraid to get started in your business?” For Real Estate or any business, a fear of getting started. When you started to ask these people why they feel that way, most of the time the people were just getting started. They were afraid of making a sale, or asking for money, or failing. There were a lot of fears that went into it and that’s what I’m going to talk about for a little bit. Hopefully I’ll give you guys a couple ways to change your mindset to get yourself away from that fear.

The thing is that fear is a natural response. Fear in business is natural and normal and you’re not alone in that. All too often, people think that way but don’t share it. They put a front so people don’t know. We want people to think that we as humans aren’t fearful, that we’re have courage and don’t get scared of opposition. But that’s simply not true. The first time I called a seller, I was terrified. The first time I got on stage I was pretty nervous. Fear will keep you held back and not serve you well.

Your fear could serve you well when you’re hiking in the woods. For example, my friend Ben and I were hiking and there was a bear and her cubs 15 feet away from us. That is a time to be afraid. But your business is not. Nothing in your business that’s going to kill or hurt you. It might hurt you emotionally, but those are things that you will recover quickly from and aren’t long term. As you start looking at the fears you have, you’ll find that they’re really not that big.

If you ever find yourself avoiding a task, delaying it, not doing it, pretending it doesn’t exist. You see that fear is there and keeping you from doing that task. What I want you to do is write down all the worst things that could happen. All of those things your brain is saying. Then read them and let them sink in. You can see that is some terrible stuff, but then on the reverse side, what I want you to do is what are the best things? For every fear that you wrote, you should have at least one equal but opposite good thing written down. What you’re going to find is that doing stuff like that is very beneficial because now you can see both sides of the equation. Our minds tend to focus on the negative, as Tony Robbins always said, “We’ll do more to avoid pain than we will to gain pleasure.” That fear is that avoiding pain idea. It’ll prevent you from doing what you need to do. As you look at what you do in your business, I’d be willing to bet that if something you’re avoiding, there’s some sort of fear there. Could be fear of retaliation from your friends and family, I see that all the time. Your friends and family could say “you’re crazy for starting a business.” Well in my opinion, they’re crazy for not starting a business. Everyone’s got their own thing going, and that’s ok. We don’t have to do everything the way that they want for them to see the value in what we’re doing.

So number 1, write down all the worst things that could happen from what you’re afraid of and then write down all of the equal but opposite good things that could happen. Take it a step further and write 3 amazing things for every one fear. This will start to train you to think positively instead of negatively. So what you want to start to happen is instead of saying “I’m scared to do that because this could happen.” Instead say, “well this could happen and it could be amazing.” Not to say that everything need to be rainbows and unicorn farts. That’s not how everything is going to be. Things that we do in our business may blow up in our face and not work out, but it’s ok. Even you mess up and fail, and I’ve had more than my fair share of failures, you’re going to learn from each one of those failures. You’re going to learn and grow and that’s important. As you grow from those failures, your fear will shrink because the only way to combat fear is with experience. There’s a reason we can walk. We don’t fear falling every single time we take a step because we’ve done it so many times that we have experience and we’re confident in our ability to walk so we don’t fear that every time we take a step we could fall flat. We could fall flat on our faces, or we could get one step closer to where we’re trying to go. Think about the positive not just the negative as you do things and it will impact you. As you do things think “it’s ok to fail, and it’s ok to be afraid of that,” and that’s good. It’s a healthy thing as long as you can address it and it doesn’t prevent you from doing what you need to do.

The other thing is Fear of Success. People ignore this all too often. They’re scared of making that first phone call, of putting themselves online, of sending that first email campaign. But people don’t talk about that they’re scared of succeeding. “What if I make it big, what if I make a million dollars.” Sometimes we can’t fathom that change, so what our mind will do is instead of trying to tackle that and saying “that could be better for my life,” it says, “I’m scared of that change” and it’ll do anything it can to keep from doing it. Your mind will sabotage you and prevent you from growing and getting you where you need to because you’re scared of success.

So how do you tell if you’re scared of success? Couple of ways that I know of, because by the way this is something that I had some issues with early on. I was, “what if I do succeed,” a lot of what I had built and what I knew and what I had grown up with and the ideas that are planted in our heads since we are very little was based on a certain idea, a path that you go to high school, you go to college, you get a job, you move forward in those things. If I go on and go this entrepreneurial thing then none of that’s true anymore, I’ll be changing what I’ve been taught that I do with my life, and that’s hard. So take a look at what you’re doing day in and day out, and are you taking actions to get towards success or are you just spending time to spend time. Are you putting in things to make it look like you’re busy so you feel good but you’re not really moving forward or making progress in your business. Instead of taking your time on revenue generating activities, instead you’re taking your time on things that don’t. So keep these things in mind.

Another thing you can do to start identifying if you’re afraid of success is when you’ve had a success, and not just a tiny one. Don’t get me wrong, we do want to celebrate tiny wins, medium wins, big wins, all the wins. Celebrate all the wins but when was the last time you had a medium to big win. When was the last time that you were proud to tell everyone that you know about that win. You couldn’t wait until you told every single person and not just the people in your peer group but your friends, your family, your neighbors, all those people who said that you couldn’t do it. Have you told them about your win? If you haven’t then you’re probably a little bit afraid of success because you know what’s going to come with that.

Think about that for a minute. When was the last time you told someone not in the peer group of what you do about a win that was either medium to large for you. If you’ve had a couple wins and you haven’t told anybody, then you might be scared of it. If you haven’t had any big or medium wins yet then that’s ok too. I want you to picture yourself having that win, and would you tell those people outside of your peer group? If the answer is anything but an emphatic yes, then you might have some fear of success. And you address that they same way that you would anything else, say “what if I did tell them?” and here’s all the worst things that could happen and here’s all the best things that could happen. Start thinking about it a little differently.  Train your brains. The difference between being successful or not all goes on in your head. 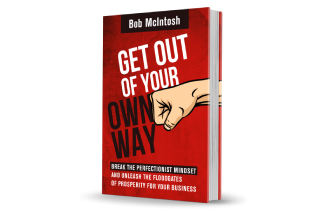 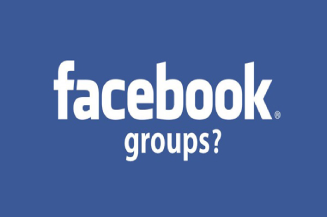